At Christmas time, more than ever, our grocery and high street stores come alive with fantastic point of sale (POS) displays designed to draw the attention of the savvy shopper and inspire impulse purchases of FMCG products. A well-executed promotional activity in conjunction with a POS display can boost sales at any time of year but in Q4 shoppers are more susceptible to a tug on their metaphorical heartstrings! As such Christmas POS often features cute characters that we know and love, conjuring up images of happy childhood memories and creating an emotional connection to the brand itself.

In this article, we have found four fantastic examples of Christmas themed POS displays and explained a little more about the design and intention of the displays! 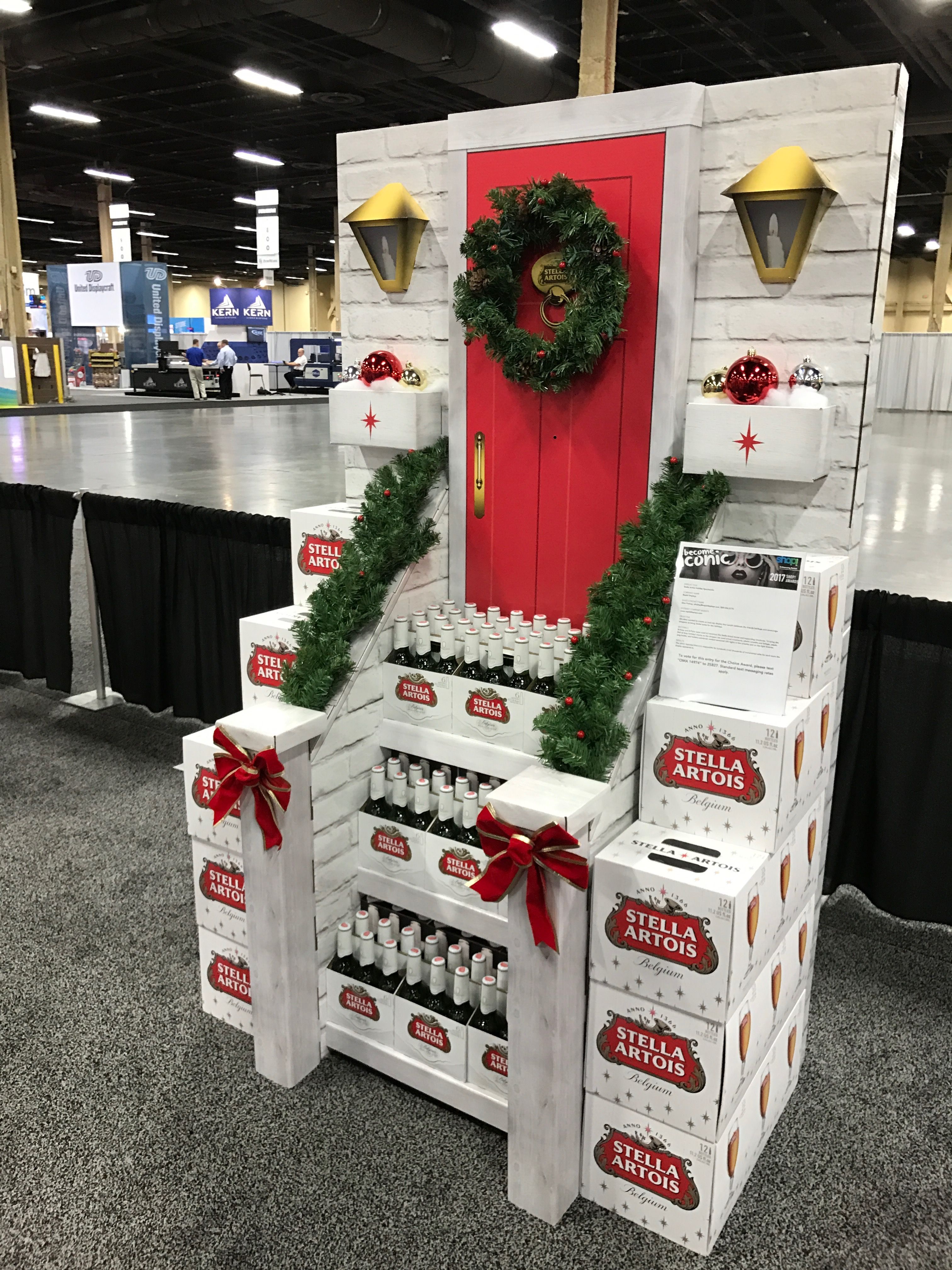 Belgian beer company Stella Artois has spent a lot of time and money over the last few years increasing perceptions of its brand as a classy beer enjoyed in small Parisian bistros and their display here furthers that image. As Chris Rea said there's nothing quite like driving home for Christmas and the image of steps made of Stella leading up to a door with a beautiful wreath on it creates that fuzzy sense of home.

2) Nivea - Show you care this Christmas 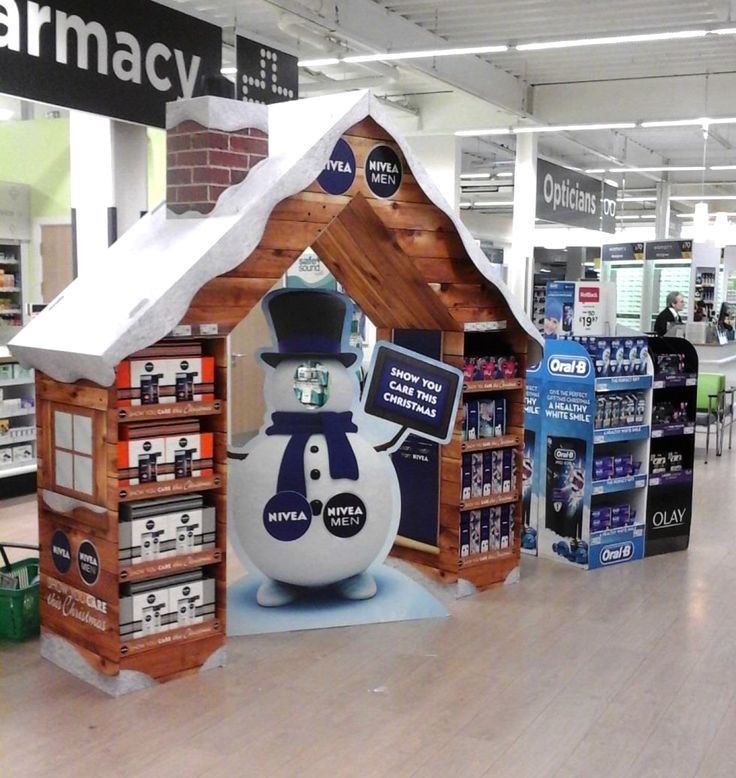 As we all know Christmas is a time for giving, some would argue there's no better feeling than the satisfaction from giving a thought-out personal gift. Nivea leans further on this sentiment by introducing a snowman character in the display which kids can enjoy poking their faces through as parents snap photos, posting them online and sharing the sales message even further out of store - clever marketing from Nivea! The whole scene is wrapped in a warm and cosy looking log cabin to give the display a well rounded Christmas feel.

3) Lego - Stormtrooper - Is this the POS you're looking for? 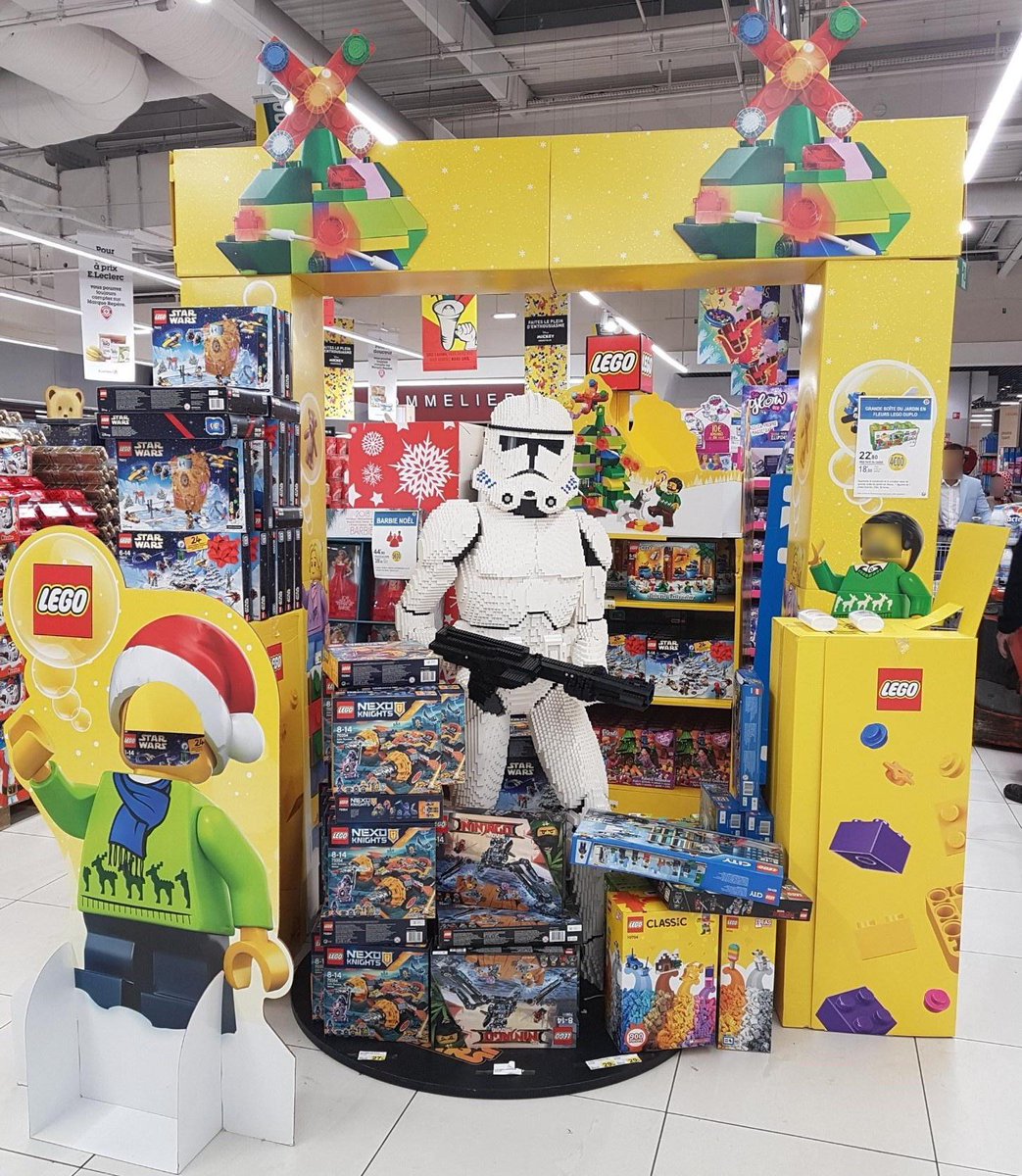 Christmas doesn't have to be all snowmen and reindeer! Lego is world-famous for its impressive displays built from its own product and this Sci-Fi display is no exception! Featuring a life size stormtrooper standing in the middle of an impressively merchandised collection of Lego sets this display is sure to catch the eye of parents and children alike! Like Nivea, this stand also features a Lego man photo opportunity just waiting for social engagement. 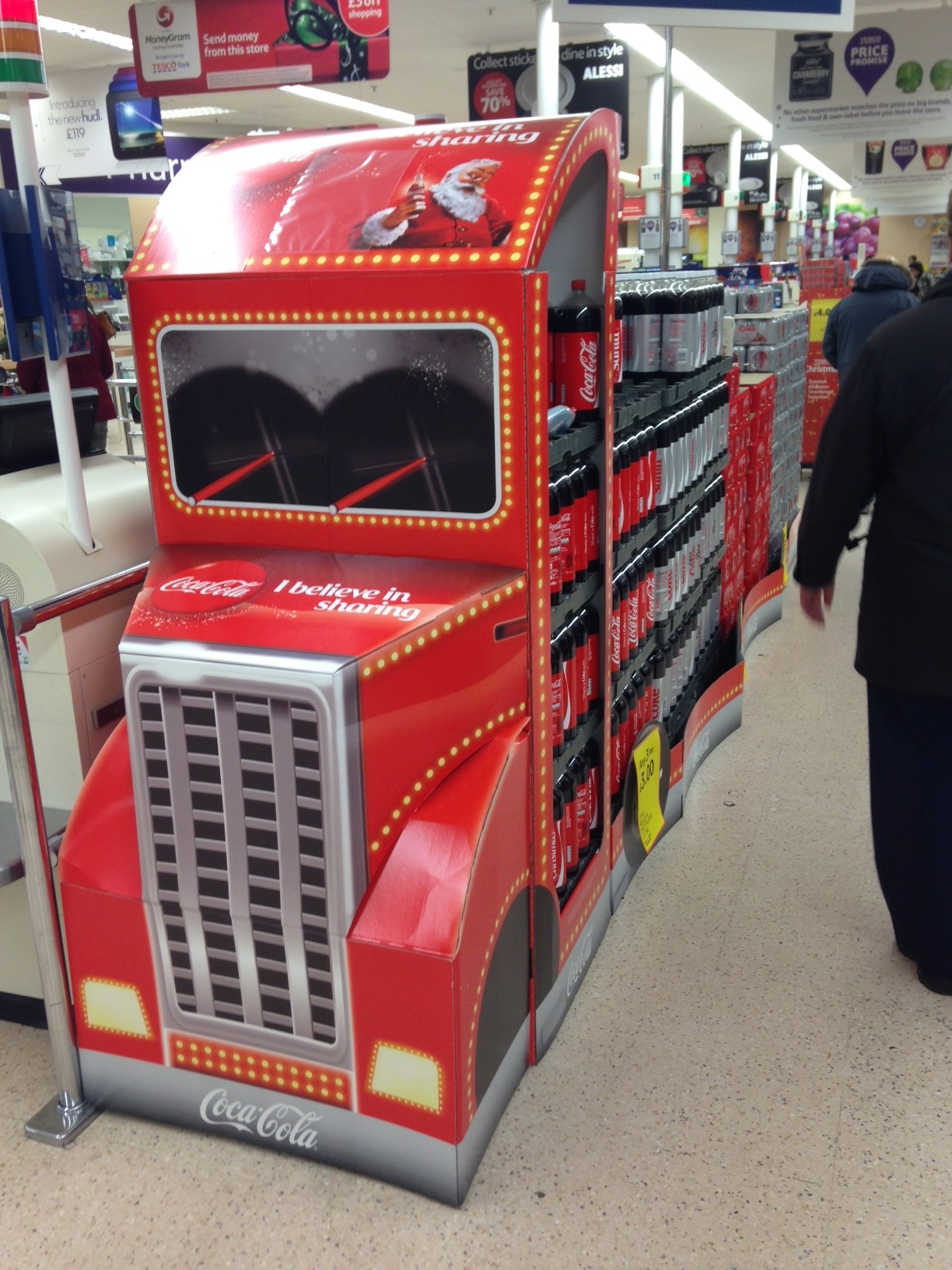 Talking about Christmas displays without mentioning CCEP is like talking about Christmas adverts without mentioning John Lewis & Partners! Coca-Cola are undoubtedly at the top of the game for inspiring that Christmassy feeling in us all. Their unlikely mascot is a large truck which, in itself, is not particularly Christmassy but the continuation and consistency of the advertising has equated that big red truck with the arrival of the holiday season - so if you're going to install a display to sell more bottles of Coke, what better than the truck itself!

So there we have it, 4 very different ideas all executing the same strategy, increased sales by tapping into the emotional connection most of us have to this time of year, have you seen any crackers (pun definitely intended) this year? Please do tweet us @Teletrack_LIVE.

Click below for a no obligation free demo and personalised trial!